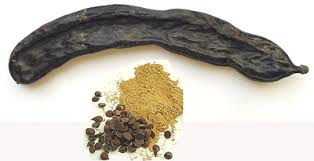 The apostle Paul took seriously the charge to reach his culture any way that he could.  As I Corinthians 9 describes – he became all things to all people.  Here was the goal – “that I might, by all means, SAVE SOME”.  He recognized that he couldn’t save everyone, that was Jesus’ job.  But Paul could do his part in “saving some”.

Regarding the “Save Some” concept, my mind darts back to 1997 and our first Israel trip.   (We’ve been on a number of others since then as hosts).  We were soaking up the sights, sounds, smells, historical insights and faith lessons of the ancient Middle East.  What an experience.

During a certain part of the tour, we found ourselves in modern Jerusalem standing in front of Yad Vashem, the holocaust museum.   Our wonderful tour guide started to weave the story about what is called, “The Avenue of the Righteous Among the Nations”.

Our guide went on to explain the concept.  Lining both sides of the walk way are Carob trees, planted in honor of those Gentiles who did what they could to save Jews during the horrific holocaust period.  It was truly fascinating to see the plaques at the bottom of each tree.  Wow, there was one dedicated to Oscar Schindler and even one dedicated to Corrie Ten Boom!

Our guide answered the question that was on everyone’s mind – why  were Carob trees planted as symbols of the efforts of Righteous Gentiles?

Digging into the fertile soil of the ancient land and writings:

Carob seeds, in ancient days, were used by those who would weigh the preciousness of gems.  In other words, a gem might be described as “24 Carob gold”.  Sound familiar?  It should.  Over the centuries, carob got changed (perhaps through mispronunciation) to the word “carat”, which is what jewelers and gem cutters use now.

He finished his story by describing that the Jewish people planted these Carob trees in honor of the Righteous Gentiles because of how unbelievably precious (like gems) their efforts were to save Jews.

They recognized the risks, the sacrifices, the danger of protecting Jews during that time and they wanted to plant a memorial to those precious Righteous Gentiles that would be a reminder of their victories in the midst of troubling times.

How does this apply to your situtation today?

My some and your some are a wonderful sum!